The sense of wonder that is the sixth sense. And it is the natural religious sense.

Comments on: "D. H. Lawrence Quotes: The sense of wonder that is the sixth sense. And it is the..." 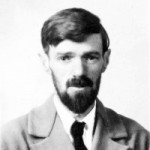 He was born, in Eastwood, 8a Victoria Street, is now the D.H. Lawrence Birthplace Museum. The young Lawrence attended Beauvale Board School from 1891 until 1898, becoming the first local pupil to win a County Council scholarship to Nottingham High School in nearby Nottingham. He left in 1901, working for three months as a junior clerk at Haywood's surgical appliances factory, but a severe bout of pneumonia, reportedly the result of being accosted by a group of factory girls , ended this career.
In the years 1902 to 1906 Lawrence served as a pupil teacher at the British School, Eastwood. He went on to become a full-time student and received a teaching certificate from University College, Nottingham, in 1908. During these early years he was working on his first poems, some short stories, and a draft of a novel, Laetitia, that was eventually to become The White Peacock. At the end of 1907 he won a short story competition in the Nottingham Guardian, the first time that he had gained any wider recognition for his literary talents.
In the autumn of 1908 the newly qualified Lawrence left his childhood home for London. While teaching in Davidson Road School, Croydon, he continued writing. Some of the early poetry, submitted by Jessie Chambers, came to the attention of Ford Madox Ford, then known as Ford Hermann Hueffer and editor of the influential The English Review. In 1911 Lawrence was introduced to Edward Garnett, a publisher's reader, who acted as a mentor, provided further encouragement, and became a valued friend, as Garnett's son David was also. Throughout these months the young author revised Paul Morel, the first draft of what became Sons and Lovers.
Lawrence continued to write despite his failing health. In his last months he wrote numerous poems, reviews and essays, as well as a robust defence of his last novel against those who sought to suppress it. His last significant work was a reflection on the Book of Revelation, Apocalypse. After being discharged from a sanatorium, he died at the Villa Robermond in Vence, France, from complications of tuberculosis.