Walnuts have a shell, and they have a kernel. Religions are the same. They have an essence, but then they have a protective coating. This is not the only way to put it. But it's my way. So the kernels are the same. However, the shells are different.

Comments on: "Huston Smith Quotes: Walnuts have a shell, and they have a kernel. Religions are the same...." 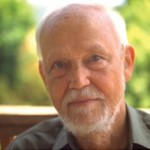