But as soon as I joined 'Six Feet Under', I felt like I was finally doing something again that the fans really loved, and I could stop being afraid of 'Clueless' fans!

Comments on: "Jeremy Sisto Quotes: But as soon as I joined 'Six Feet Under', I felt like I..." 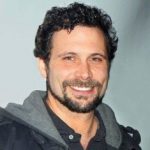 Jeremy Merton Sisto was born in Grass Valley, California, USA. He is an American actor and producer. He studied at the University of California, Los Angeles. His role in several films include: Grand Canyon, Clueless, White Squall , Bongwater, Without Limits, Angel Eyes, May, Thirteen, Wrong Turn, Method, A Lot like Love, Population 436, Gardens of the Night, Into Temptation, As Cool as I Am, Break Point (also writer and producer), Hangman (also producer), and The Other Side of the Door. His role in television include: The Shaggy Dog (TV film), The Day Lincoln Was Shot (TV film), Jesus (TV film), Six Feet Under (TV series), Kidnapped (TV series), Law & Order (legal drama TV series), Suburgatory (TV series), The Returned (TV series), Wicked City (TV series), and Ice (TV series).