It's cool for me because I'm a director, but I'm also a teacher. I'm a lover of cinema, and I love working with people who are hungry and have the energy to really do better work.

Comments on: "John Singleton Quotes: It's cool for me because I'm a director, but I'm also a teacher...." 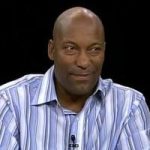