When obstacles arise, you change your direction to reach your goal; you do not change your decision to get there.

If you want to make your dreams come true, the first thing you have to do is wake up.

Sometimes you have to be a b**ch to get thing's done.

Nothing is permanent in this wicked world, not even our troubles.

Comments on: "Zig Ziglar Quotes: When obstacles arise, you change your direction to reach your goal; you do..." 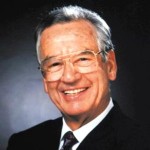