Above all, you must understand that love is the gift of oneself !

Comments on: "Jean Anouilh Quotes: Above all, you must understand that love is the gift of oneself !" 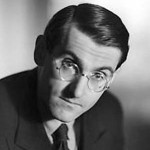 Jean Marie Lucien Pierre Anouilh was born in Bordeaux, France. He was a French dramatist and screenwriter. Though his work ranged from high drama to absurdist farce, Anouilh is best known for his 1943 play Antigone, an adaptation of Sophocles' classical drama, that was seen as an attack on Marshal Pétain's Vichy government. He studied at the University of Paris. He wrote several plays include: L'Hermine, Le Voyageur sans Bagage, La Sauvage, L'Invitation au Château, La Valse des Toréadors, L'Alouette, Ne Réveillez pas Madame, Le Directeur de l'Opéra, L'Arrestation, Le Scénario, Vive Henry IV, and La Culotte. He wrote several films include: The Citadel of Silence, Love Cavalcade, In High Places, Traveling Light (also director), Monsieur Vincent, Anna Karenina, White Paws, Dear Caroline, Crimson Curtain, The Knight of the Night, The End of Belle, Waltz of the Toreadors, Circle of Love, A Trap for Cinderella, I Was Happy Here, and A Time for Loving.