I've found even after nearly 30 years of doing this, there are all kinds of new surprises that rear their heads at various times and I truly believe that 51% of the images, success takes place in the darkroom.

Comments on: "John Sexton Quotes: I've found even after nearly 30 years of doing this, there are all..." 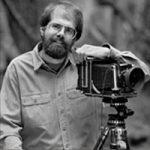 John Sexton is an American fine art photographer. He studied photography at Chapman University, Orange, California and Cypress College, Cypress, California. He is best known for his luminous, quiet, black and white photographs of the natural environment. His most recent book is Recollections: Three Decades of Photographs, an award-winning retrospective volume, published in late 2006 by Ventana Editions. He has written other books, including Quiet Light, Listen to the Trees, and Places of Power: The Aesthetics of Technology. He is Director of the John Sexton Photography Workshops program, and teaches numerous photography workshops. His major exhibitions shown below: (1) John Sexton: Twenty Years of Photographs, major retrospective exhibition, Monterey Peninsula Museum of Art. (2) Quiet Light, traveling exhibition, toured in fifteen countries in Europe from 1994 to 1996. (3) Evolutions: International Center of Photography, New York City, 1991. He received many honors and awards, including Imogen Cunningham Award 1981, Honorary Master of Science, Brooks Institute of Photography 1990, Photographic Book of the Year Awards (book- Listen to the Trees) 1994, Kodak Professional Icon 2004, and North American Nature Photography Association, Lifetime Achievement Award 2005.