Whenever I start a novel, I'm always looking for two things: a bit of science that makes me go 'what if?' and a piece of history that ends in a question mark.

Comments on: "James Rollins Quotes: Whenever I start a novel, I'm always looking for two things: a bit..." 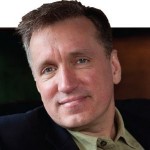