I worry too much.

Comments on: "Joe Regalbuto Quotes: I worry too much." 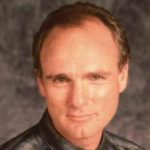