The people I choose to work with, I work with because I'm already impressed with them, you know?

Comments on: "Jon Brion Quotes: The people I choose to work with, I work with because I'm already..." 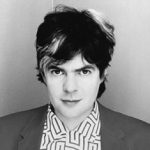 Jon Brion was born in Glen Ridge, New Jersey, USA. He is an American singer, songwriter, composer and record producer. He performed with The Excerpts, The Bats, and The Grays before becoming an established producer and film score composer. His film scores include Hard Eight, Magnolia, Punch-Drunk Love, Eternal Sunshine of the Spotless Mind and I Heart Huckabees, ParaNorman, and Lady Bird. He released his debut solo album, Meaningless, in 2001. His albums list shown below: Magnolia (Soundtrack), Meaningless, Punch-Drunk Love (Soundtrack), Eternal Sunshine of the Spotless Mind (Soundtrack), I Heart Huckabees (Soundtrack), and Synecdoche, New York.