For me and my wife, it was love at first sight.

Love begins with a smile, grows with a kiss, and ends with a teardrop.

To forgive is the highest, most beautiful form of love. In return, you will receive untold...

Comments on: "Jeff Bridges Quotes: For me and my wife, it was love at first sight. " 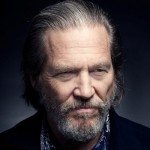 Jeffrey Leon Bridges was born in Los Angeles, California, USA. He is an American actor, film producer and musician. He is the son of actor Lloyd Bridges and actress and writer Dorothy Bridges. His older brother, Beau Bridges is also an actor. He studied acting at the Herbert Berghof Studio, New York City. He won the Academy Award for Best Actor for his role as Otis "Bad" Blake in the 2009 film Crazy Heart. His Academy Award Nominated films, including The Last Picture Show, Thunderbolt and Lightfoot, Starman, The Contender, True Grit, and Hell or High Water. His role in other films include: Heaven's Gate, Tron, Jagged Edge, Nadine, The Fabulous Baker Boys, The Fisher King, American Heart (also producer), Fearless, White Squall, The Big Lebowski, Seabiscuit, The Amateurs, Iron Man, Tron: Legacy, and The Giver (also producer). His role in television include: Sea Hunt (TV series), Hidden in America (TV film, also executive producer), and A Dog Year(TV film). His albums list shown below: Be Here Soon, Jeff Bridges, and Sleeping Tapes. He married Susan Geston in 1977. They have three daughters: Isabelle Annie, Jessica Lily, and Hayley Roselouise.