Just don't pull out your phone at all on the first date.

Comments on: "Jessica Szohr Quotes: Just don't pull out your phone at all on the first date." 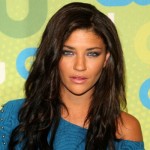 Jessica Karen Szohr was born in Wisconsin, USA. She is an American actress and model. She studied at Menomonee Falls High School, and Columbia College Chicago. She started modeling at age six. Her first national campaign was for Quaker Oats at age ten. She also appeared in print ads for Kohl's department store. Subsequent modelling gigs followed, including prints for Crate & Barrel, Mountain Dew, Sears, Jockey and JanSport. Her role in several films include: Uncle Nino, Fired Up!, Piranha 3D, Love, Wedding, Marriage, Hirokin, Love Bite, The Internship, 10 Cent Pistol, Two Night Stand, and Ted 2. Her role in talevision include: The Reading Room (TV film), What About Brian (TV series), Gossip Girl (TV series), Complications (TV series), and Kingdom (TV series). In 2010, she was included on People magazine's "100 Most Beautiful People in the World" list.