Some people are drawn naturally - there are natural guitarists, and there are natural piano players, and I think guitar implies travel, a sort of footloose gypsy existence. You grab your bag and you go to the next town.

Comments on: "Hugh Laurie Quotes: Some people are drawn naturally - there are natural guitarists, and there are..." 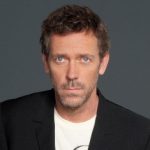