In the old days, you would have one lawyer to handle everything: speeding tickets, buying a house, contracts, litigation, real estate, copyrights, leasing, entertainment, intellectual property, forensic accounting, criminal offenses... the list goes on. Now, you have to have a separate lawyer for each one of those categories!

Comments on: "James Belushi Quotes: In the old days, you would have one lawyer to handle everything: speeding..." 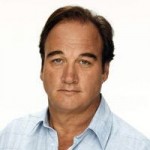 James Adam "Jim" Belushi was born in Chicago, Illinois, USA. He is an American actor and comedian. He earned a BA degree in Speech and Theater Arts from Southern Illinois University. He best known for playing the role of James "Jim" Orenthal on the long-running sitcom According to Jim. His role in several films include: Thief, Little Shop of Horrors, Salvador, Red Heat, Mr. Destiny, Jingle All the Way, Curly Sue, Return to Me, The Wild, Underdog, The Ghost Writer, Home Sweet Hell, The Whole Truth, and Katie Says Goodbye. His role in television include: Working Stiffs (TV series), Saturday Night Live(TV show), Wild Palms(mini-series), Parallel Lives(TV film), Sahara(TV film), The Defenders(TV series), and Good Girls Revolt(TV series).