I was no longer, if I had ever been, afraid to die: I was now afraid not to die.

Comments on: "Joan Didion Quotes: I was no longer, if I had ever been, afraid to die: I..." 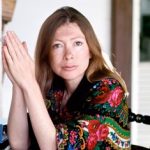 Joan Didion was born in Sacramento, California, USA. She is an American essayist, journalist, memoirist, novelist and screenwriter best known for her novels and her literary journalism. She earned a BA degree in English from the University of California, Berkeley in 1956. She served as a Copywriter and Editor for Vogue from 1956-1963. She has written several novels include: Run, River, Play It as It Lays, A Book of Common Prayer, Democracy, and The Last Thing He Wanted. Her nonfiction works, including Slouching Towards Bethlehem (essays), The White Album (essays), Salvador (essays), After Henry (essays), Political Fictions (essays), Where I Was From (essays), The Year of Magical Thinking (memoir, Won- National Book Award for Nonfiction 2005. Nominations- Pulitzer Prize for Biography or Autobiography, National Book Critics Circle Award for Memoir/Autobiography), and Blue Nights (memoir). She has written several films include: The Panic in Needle Park, Such Good Friends, Play It as It Lays, A Star Is Born, True Confessions, and Up Close and Personal. She received many awards, including St. Louis Literary Award, Evelyn F. Burkey Award, and National Medals of Arts and Humanities.