They don't allow you to go any further unless you can do this bomb suit training, because it puts such a mental strain on your spirit. It dumbs you down about 25 to 30 IQ points. You start to hallucinate in the heat inside the suit after 20-30 minutes. So you try not to stay in it too dang long. So the preparation for that - it's either you have it, or you do not.

Comments on: "Jeremy Renner Quotes: They don't allow you to go any further unless you can do this..." 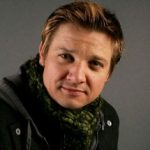 Jeremy Lee Renner was born in Modesto, California, USA. He is an American actor. He attended Modesto Junior College, where he studied computer science and criminology, before he took a drama class as an elective and decided to pursue acting. His role in several films include: Dahmer, Neo Ned, S.W.A.T., A Little Trip to Heaven, 28 Weeks Later, The Hurt Locker (Nominated- Academy Award for Best Actor), The Town (Nominated- Academy Award for Best Supporting Actor), Mission: Impossible- Ghost Protocol, Thor, The Avengers, The Bourne Legacy, Hansel & Gretel: Witch Hunters, American Hustle, Avengers: Age of Ultron, Mission: Impossible- Rogue Nation, Captain America: Civil War, and Arrival. His role in television include: A Friend's Betrayal (TV film), A Nightmare Come True (TV film), and The Unusuals (TV series). He co-produced several films include: Kill the Messenger, and The Founder. As well as acting, he is a singer-songwriter, guitarist, keyboardist, and drummer.