Comments on: "Jack Black Quotes: I'd just like to be in films that I would like to see." 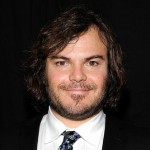 Thomas Jacob "Jack" Black was born in Santa Monica, California, USA. He is an American actor, singer, guitarist, film and TV producer, screenwriter and comedian. His acting career has been extensive, starring primarily in comedy films. His role in several films include: Bob Roberts, Airborne, Bye Bye Love, Bongwater, The Jackal, High Fidelity, Orange County, School of Rock, Envy, King Kong, The Holiday, Nacho Libre(also producer), Tenacious D in The Pick of Destiny(also producer and writer), Tropic Thunder, Bernie, The D Train(also producer), and The Polka King. He has been nominated for two Golden Globe Awards. His role in television include: Blind Justice(TV film), Tenacious D (TV series, also executive producer), and Computerman (web series). He is the lead vocalist of the comedic rock group Tenacious D which he formed in 1994 with friend Kyle Gass.