I may be the most recognizable name in the cast, but I can guarantee that I am not the most talented.

Comments on: "Huey Lewis Quotes: I may be the most recognizable name in the cast, but I can..." 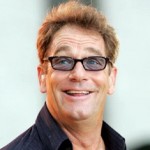 Hugh Anthony Cregg III, known professionally as Huey Lewis was born in New York City, New York, USA. He is an American singer, songwriter, musician and actor. He sings lead and plays harmonica for his band, Huey Lewis and the News, in addition to writing or co-writing many of the band's songs. The band is known for their third, and best-selling, album Sports, and their contribution to the soundtrack of the 1985 feature film Back to the Future. He previously played with the band Clover from 1972 to 1979. His albums list shown below: Picture This, Sports, Fore!, Small World, Super Selections, Hard at Play, Live at 25, Soulsville, and The Oregon Report. His singles list shown below: "Cruisin'", "Workin' for a Livin'", "The Power of Love", "Heart and Soul", "Stuck with You", and "Hip to Be Square". His role in several films include: Short Cuts, Sphere, Shadow of Doubt, Duets, and Graduation.