I didn't come from a background where I saw a lot of loving couples. All my aunts and uncles were either split up or fighting all the time. The only healthy relationships I saw were on TV.

Comments on: "George Lopez Quotes: I didn't come from a background where I saw a lot of loving..." 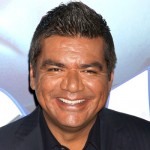