What to do when inspiration doesn't come; be careful not to spook, get the wind up, force things into position. You must wait around until the idea comes.

Comments on: "John Huston Quotes: What to do when inspiration doesn't come; be careful not to spook, get..." 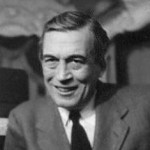 John Marcellus Huston was born in Nevada, Missouri, USA. He was an American film director, screenwriter and actor. During his 46-year career, he received 15 Oscar nominations, won twice, and directed both his father, Walter Huston, and daughter, Anjelica Huston, to Oscar wins in different films. He directed several films include: The Maltese Falcon (won- Academy Award for Best Director, Golden Globe Award for Best Director), The Asphalt Jungle, The African Queen, Moulin Rouge, Moby Dick, Heaven Knows, Mr. Allison, The Misfits, Freud, The Night of the Iguana, The Bible, Victory, Under the Volcano, Prizzi's Honor, and The Dead. He wrote several films include: A House Divided, It Happened in Paris, Dr. Ehrlich's Magic Bullet, The Maltese Falcon, Sergeant York, The Treasure of the Sierra Madre (won- Academy Award for Best Adapted Screenplay), The Asphalt Jungle, The African Queen, Heaven Knows, Mr. Allison, and The Man Who Would Be King. His role in several films include: The Treasure of the Sierra Madre, The Cardinal (Won- Golden Globe Award for Best Supporting Actor, Nominated- Academy Award for Best Supporting Actor), The Bible, Candy, A Walk with Love and Death, The Deserter, Chinatown, Angela, The Greatest Battle, The Visitor, Lovesick, and Momo.