When I was deputy chairman I could travel from Glasgow to Edinburgh without leaving Tory land. In a two-week period I covered every constituency in which we had an MP. There were 14. Now we have only one. We appear to have given up.

Comments on: "Jeffrey Archer Quotes: When I was deputy chairman I could travel from Glasgow to Edinburgh without..." 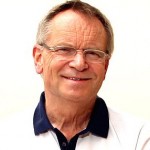