My whole belief system is that our paths are drawn for us. I believe in reincarnation. I believe we're here to learn and grow. We choose how we come into this life based on what it is we have to learn. Some people have harder lessons than others.

Comments on: "Gillian Anderson Quotes: My whole belief system is that our paths are drawn for us. I..." 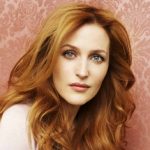