But when it became an international hoopla where careers lived and died on whether or not you did or didn't get an Oscar, then it got out of hand.

Comments on: "George C. Scott Quotes: But when it became an international hoopla where careers lived and died on..." 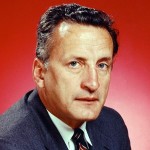 George Campbell Scott was born in Wise, Virginia, USA. He was an American stage and film actor, director, and producer. He graduated with degrees in English and theater in 1953. His role in several films include: Patton, Dr. Strangelove, The Hanging Tree, The Hustler, Petulia, The Last Run, Rage, The Savage Is Loose, The Day of the Dolphin, Hardcore, The Formula, Firestarter, Malice, and Gloria. He directed two films include: Rage and The Savage Is Loose. His role in television include: The Power and the Glory, Jane Eyre, Oliver Twist, A Christmas Carol, The Last Days of Patton, Mr. President, Titanic, 12 Angry Men, Country Justice, Rocky Marciano, and Inherit the Wind. He was the first actor to refuse the Academy Award for Best Actor for Patton in 1970, having warned the academy months in advance that he would refuse it on philosophical grounds.