Without intervention today, the cost of care for adults with autism will be significantly greater and the burden will no longer lie with the parents, but on our entire society.

Comments on: "Jenny McCarthy Quotes: Without intervention today, the cost of care for adults with autism will be..." 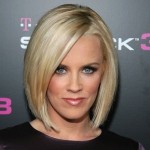