I read the script, and I knew it was a good part. It was written for a white actor. That's what I'm up against - I have to try to make roles happen for me that aren't written black.

Comments on: "Gregory Hines Quotes: I read the script, and I knew it was a good part. It..." 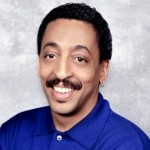 Gregory Oliver Hines was born in New York City, New York, USA. He was an American dancer, actor, singer, and choreographer. He and his older brother Maurice performed together, studying with choreographer Henry LeTang. The two brothers were known as "The Hines Kids", making nightclub appearances, and later as "The Hines Brothers". In 1986, he sang a duet with Luther Vandross, entitled "There's Nothing Better Than Love", which reached the No. 1 position on the Billboard R&B charts. His role in several films include: History of the World, Part I, Wolfen, The Cotton Club, White Nights, Running Scared, Tap, Waiting to Exhale, The Preacher's Wife, Once in the Life, and Bojangles.