Ordinarily if an actor gets chosen for the lead in a film, he or she has already built up a repertoire, and everyone knows what he or she is capable of.

Comments on: "Zhang Ziyi Quotes: Ordinarily if an actor gets chosen for the lead in a film, he..." 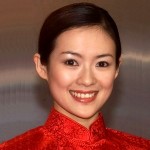 Zhang Ziyi is a Chinese film actress. Zhang is coined by the media as one of the Four Young Dan actresses in the Film Industry in China, along with Zhao Wei, Xu Jinglei, and Zhou Xun. With a string of Chinese and international hits to her name, she has worked with renowned directors such as Zhang Yimou, Ang Lee, Wong Kar-wai, Chen Kaige, Tsui Hark, Lou Ye, Seijun Suzuki, Feng Xiaogang and Rob Marshall.
Zhang Ziyi was born and raised in Beijing to Zhang Yuanxiao, an accountant and later economist, and Li Zhousheng, a kindergarten teacher. She is very close to her older brother, Zhang Zinan. Zhang began studying dance when she was 8 years old; subsequently, she joined the Beijing Dance Academy by her parents' suggestion at the age of 11. While at this boarding school, she noticed how mean the other girls were to each other while competing for status amongst the teachers. Zhang disliked the attitudes of her peers and teachers so much that, on one occasion, she ran away from the school. At the age of 15, Zhang won the national youth dance championship and began appearing in television commercials in Hong Kong.
She achieved wider fame in the West after starring in major roles for Crouching Tiger, Hidden Dragon (2000), Rush Hour 2 (2001), House of Flying Daggers (2004), and Memoirs of a Geisha (2005). She has been nominated for numerous awards throughout her career, including three BAFTA Award nominations and Golden Globe Award nomination.