You can have music and it will stand alone by itself, but you can't have a movie without it.

Comments on: "Jerry Reed Hubbard Quotes: You can have music and it will stand alone by itself, but you..." 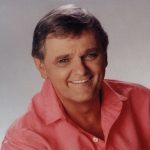 Jerry Reed Hubbard, known professionally as Jerry Reed was born in Atlanta, Georgia, USA. He was an American country music singer, guitarist, songwriter and actor. His albums list shown below: Alabama Wild Man, Better Things in Life, Georgia Sunshine, Me & Jerry (with Chet Atkins), Smell the Flowers, Me & Chet (with Chet Atkins), A Good Woman's Love, Mind Your Love, Both Barrels, Smokey and the Bandit, Sweet Love Feelings, Sneakin' Around (with Chet Atkins), Finger Dancing, and Let's Git It On. His singles list (also songwriter) shown below: "Guitar Man", "Alabama Wild Man", "Amos Moses", "When You're Hot, You're Hot" (which garnered a Grammy Award for Best Male Country Vocal Performance), "Ko-Ko Joe", and "The Crude Oil Blues". His role in several films include: Gator, Smokey and the Bandit, High-Ballin', Hot Stuff, The Survivors, and The Waterboy. His role in television include: Nashville 99 (TV series), and Concrete Cowboys (TV film). He married to country singer Priscilla Mitchell in 1959.