I, also, found the opportunity to work with the actors extremely gratifying and rewarding.

Comments on: "Janine Turner Quotes: I, also, found the opportunity to work with the actors extremely gratifying and..." 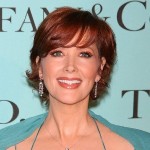 Janine Turner was born in Lincoln, Nebraska, USA. She is an American actress. She is the daughter of Janice Loraine, a real estate agent, and Turner Maurice Gauntt, Jr., a United States Military Academy at West Point graduate. Her role in several films include: Young Doctors in Love, Tai-Pan, Steel Magnolias, Cliffhanger, Leave It to Beaver, Dr. T & the Women, The Night of the White Pants, Birdie & Bogey, and Solace. Her role in television include: Northern Exposure(TV series, Nominated- Golden Globe Award for Best Actress- Television Series Drama 1992–1994, Primetime Emmy Award for Outstanding Lead Actress in a Drama Series, Screen Actors Guild Award for Outstanding Performance by an Ensemble in a Comedy Series), Stolen Women(TV film), Beauty(TV film), A Secret Affair(TV film), Strong Medicine(Strong Medicine), and Primal Doubt(TV film). She has written several books include: A Crying Game, Behind Closed Doors, Holding Her Head High, and A Little Bit Vulnerable.