If you get too attached to how you want it to come out the other side, you freeze. I try to trust that it will work out in the end.

Comments on: "Jennifer Lynn Connelly Quotes: If you get too attached to how you want it to come out..." 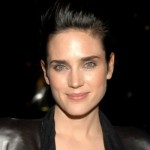 Jennifer Lynn Connelly was born in Catskill Mountains, New York, USA. She is an American film actress who began her career as a child model. She appeared on the cover of several issues of Seventeen in 1986 and 1988. She has been the face of Balenciaga fashion advertisements, as well as for Revlon cosmetics. In 2012, she was named the first global face of the Shiseido Company. Her role in several films include: Once Upon a Time in America, Phenomena, Seven Minutes in Heaven, Career Opportunities, Higher Learning, Dark City, Requiem for a Dream, A Beautiful Mind (Won- Academy Award for Best Supporting Actress in 2002, BAFTA Award for Best Actress in a Supporting Role, Golden Globe Award for Best Supporting Actress, and Satellite Award for Best Supporting Actress), House of Sand and Fog, Little Children, Inkheart, Virginia, Stuck in Love, Winter's Tale, Shelter, American Pastoral, and Only the Brave (upcoming film, October-2017). Her role in television include: The Heart of Justice (TV film) and The Street (TV series). She was named Amnesty International Ambassador for Human Rights Education in 2005.