But I can't wait to watch the Tonys this Sunday. I'm really glad Broadway is doing so well this year, especially with its straight plays. It's been a wonderful year.

Comments on: "Gregory Harrison Quotes: But I can't wait to watch the Tonys this Sunday. I'm really glad..." 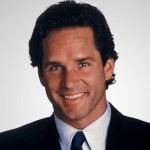