I'm really getting to appreciate traditional jazz now - the New Orleans stuff - a lot more than I did before. 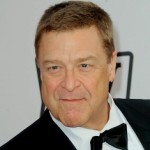