Every age has a kind of universal genius, which includes those that live in it to some particular studies.

Much of the wisdom of one age, is the folly of the next.

A word to the wise ain't necessary, it's the stupid ones who need the advice.

Middle age is when your age starts to show around your middle.

The Iban, when they decide that something is really funny, and know that they are going to...

Always and never are two words you should always remember never to use.

Comments on: "John Dryden Quotes: Every age has a kind of universal genius, which includes those that live..." 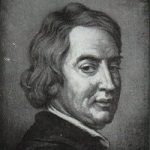 John Dryden was born in Aldwincle, Thrapston, Northamptonshire, England. He was an English poet, literary critic and playwright who was made England's first Poet Laureate in 1668. He earned a BA degree from Trinity College, Cambridge University in 1654. He wrote several poems include: Annus Mirabilis, Absalom and Achitophel, The Medall, MacFlecknoe, The Hind and the Panther, Eleonora, and Fables Ancient and Modern. He wrote several plays include: The Wild Gallant, The Indian Emperour, Secret Love, or the Maiden Queen, Tyrannick Love, The Conquest of Granada by the Spaniards, Marriage A-la-Mode, Aureng-Zebe, All for Love, Oedipus, Don Sebastian, Amphitryon, and Love Triumphant.