I have three sons, and I think we're both fierce protectors of our children.

Comments on: "Jami Gertz Quotes: I have three sons, and I think we're both fierce protectors of our..." 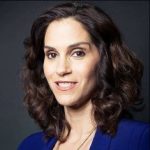 Jami Beth Gertz was born in Chicago, Illinois, USA. She is an American actress. Her role in several films include: Endless Love, Sixteen Candles, Mischief, Crossroads, The Lost Boys, Listen to Me, Renegades, Sibling Rivalry, Jersey Girl, Twister, Seven Girlfriends, Keeping Up with the Steins, and Dealin' with Idiots. Her role in television include: Square Pegs(TV series), Dreams(TV series), Sibs(Sitcom), This Can't Be Love(TV film), Undercover Christmas(TV film), Still Standing(TV series), and The Neighbors(TV series).