Anybody who doesn't know that politics is crime has got a few screws loose.

Comments on: "James Ellroy Quotes: Anybody who doesn't know that politics is crime has got a few screws..." 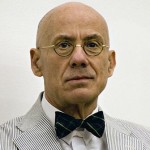 Lee Earle "James" Ellroy was born in Los Angeles, California, USA. He is an American crime fiction writer. He has written several novels include: Brown's Requiem, Clandestine, Killer on the Road, Blood on the Moon, Because the Night, Suicide Hill, The Black Dahlia, The Big Nowhere, L.A. Confidential, White Jazz, American Tabloid, The Cold Six Thousand, Blood's a Rover, and Perfidia. He has written several short stories include: Hollywood Nocturnes, Crime Wave, and Destination: Morgue!. He has written several autobiography include: My Dark Places and The Hilliker Curse.