I do what I do, and I do it well, and focus and take it one moment at a time.

Comments on: "James Patrick Caviezel Jr. Quotes: I do what I do, and I do it well, and focus and..." 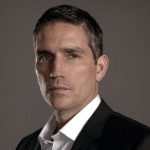 James Patrick "Jim" Caviezel was born in Mount Vernon, Washington, USA. He is an American actor. He studied at Mount Vernon High School, O'Dea High School, John F. Kennedy Memorial High School, Bellevue College, and the University of Washington. His role in several films include: My Own Private Idaho, Ed, The Rock, The Thin Red Line, Frequency, Angel Eyes, Madison, High Crimes, Highwaymen, I Am David, The Passion of the Christ, Unknown, Long Weekend, Transit, Escape Plan, Savannah, and The Ballad of Lefty Brown. His role in television include: The Prisoner(miniseries) and Person of Interest(TV series, Nominated- People's Choice Award for Favorite TV Dramatic Actor 2014, 2015). In 1996, he married Kerri Browitt, a high school English teacher. They have adopted three children.