30 years and 55 pictures - not more than five that were any good, or any good for me. 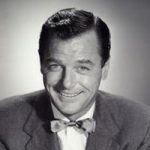