I came down to the living room one day and my wife was standing in the living room. It wasn't an illusion. I saw her out of the corner of my eye. The moment I saw her, she vanished.

Comments on: "Hugh Leonard Quotes: I came down to the living room one day and my wife was..." 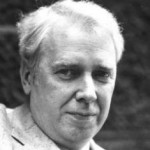