Some nights it was a melee, literally, where I'd be standing trying to defend myself for what I was doing. People would be screaming at me to do my old act, and getting actually violent and angry at me.

Comments on: "Jim Carrey Quotes: Some nights it was a melee, literally, where I'd be standing trying to..." 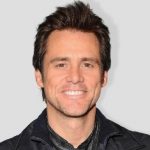 James Eugene Carrey was born in Newmarket, Ontario, Canada. He is a Canadian actor, comedian, screenwriter and producer. He is known for his highly energetic slapstick performances. His role in several films include: The Sex and Violence Family Hour (also writer), All in Good Taste, Once Bitten, The Dead Pool, Ace Ventura: Pet Detective (also writer), Dumb and Dumber, Batman Forever, Liar Liar, Man on the Moon (Won- Golden Globe Award for Best Actor), The Majestic, Bruce Almighty (also producer), Fun with Dick and Jane (also producer), Yes Man, I Love You Phillip Morris, Kick-Ass 2, The Bad Batch, and True Crimes. His role in television include: In Living Color (sketch comedy TV series).