I am going to sing lesbian love songs and support gay rights no matter what. The rest is public relations.

Comments on: "Jasmine Guy Quotes: I am going to sing lesbian love songs and support gay rights no..." 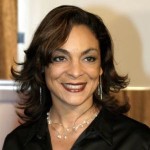 Jasmine Guy was born in Boston, Massachusetts, USA. She is an American actress, singer and dancer. She studied  dance at the Alvin Ailey American Dance Center. Her role in several films include: School Daze, Harlem Nights, Diamond Men, The Heart Specialist, Tru Loved, October Baby, Scary Movie 5, and Big Stone Gap. Her role in television include: At Mother's Request(TV movie), A Different World(TV series, Won- NAACP Image Award; Outstanding Lead Actress in a Comedy Series 1990, 1991, 1992, 1993), Boy Meets Girl(TV movie), Alex Haley's Queen(TV miniseries), Feast of All Saints(Tv movie), Dead Like Me(TV series), and The Quad(TV series). She released her album, Jasmine Guy on October 16, 1990. Her singles list shown below: "Try Me", "Another Like My Lover", and "Just Want to Hold You".