Comments on: "Joan Baez Quotes: You don't get to choose how you're going to die. Or when. You..." 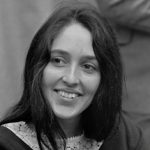 Joan Chandos Baez was born in Staten Island, New York City, New York, USA. She is an American folk singer, songwriter, musician and activist. She has performed publicly for over 59 years, releasing over 30 albums. Her recordings include many topical songs and material dealing with social issues. Her albums list shown below: Joan Baez, Joan Baez, Vol. 2, Joan Baez in Concert, Noël, Any Day Now, One Day at a Time, Diamonds & Rust, Gulf Winds, Honest Lullaby, Recently, Speaking of Dreams, Play Me Backwards, Dark Chords on a Big Guitar, and Day After Tomorrow. Her songs list shown below: "Diamonds & Rust" (also songwriter, composer), "Love is Just a Four-Letter Word" (single), and "Sweet Sir Galahad" (single, also songwriter). She has written several books include: Daybreak, and And a Voice to Sing With (memoir). The early years of Baez's career saw the Civil Rights Movement in the U.S. become a prominent issue. Her performance of "We Shall Overcome", the civil rights anthem written by Pete Seeger and Guy Carawan, at the 1963 March on Washington for Jobs and Freedom permanently linked her to the song. She was inducted into the Rock and Roll Hall of Fame in 2017.