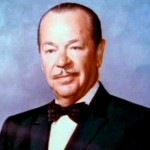 W. Clement Stone's father died when he was 3, leaving the family impoverished because of his gambling losses. At the age of 6, Stone began hawking newspapers on Chicago's South Side, while his mother worked as a dressmaker. At 13, he owned his own newsstand.
At the age of 16, Stone went to Detroit to help his mother in the insurance agency she had opened there. He went from office to office, making cold calls to sell casualty insurance, and he was soon making $100 a week.
One of his favorite expressions when describing his cold calling and sales abilities was that he "...Mowed them down". He devoured the Horatio Alger stories, where poor boys overcome adversity to make good.
Stone dropped out of high school to concentrate on selling insurance. He eventually received a diploma from the Young Men's Christian Association Central High School in Chicago. The remainder of his formal education consisted of a few courses at Detroit College of Law and Northwestern University.
Much of what is known about W. Clement Stone comes from his autobiography The Success System That Never Fails. In that book, he tells of his early business life which started with the selling of newspapers in restaurants. At the time, this was a very novel thing to do, which deviated dramatically from the normal practice of young boys hawking newspapers on street corners.
At first, the managers of restaurants tried to discourage him from this practice, but he gradually won them over, due in part to his politeness, charm, persistence and the fact that by and large, the patrons of the restaurants had no objection to this new way of selling his newspapers.
From there he graduated to selling insurance policies very successfully in the offices of downtown businesses. His mother was the initiator of his new career, and together they did quite well, she as the manager of the business, and he as the salesperson.