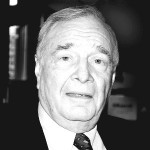 Martin was born in Windsor, Ontario. His father, Paul Joseph James Martin, a Franco-Ontarian of Irish and French descent, served thirty-three years as a member of the Canadian House of Commons, and was a Cabinet minister in four Liberal governments. His mother, Eleanor "Nelly" Alice (née Adams), was of Scottish, Irish, and Métis descent. He has one sister, Mary Anne. Martin grew up in Windsor and Ottawa. To give him the opportunity to improve his French, his parents enrolled him in a private French-language middle school, École Garneau in Ottawa. He then briefly attended the University of Ottawa. Martin graduated from St. Michael's College at the University of Toronto with a B.A. in history and philosophy in 1961. He then attended the University of Toronto Faculty of Law, where he received an LL.B. in 1964. He was called to the Ontario bar in 1966. In 1965, Martin married Sheila Ann Cowan, with whom he has three sons: Paul, Jamie and David. Paul Edgar Philippe Martin PC, CC (born August 28, 1938), also known as Paul Martin, Jr. is a Canadian politician who was the 21st Prime Minister of Canada, as well as leader of the Liberal Party of Canada. On November 14, 2003, Martin succeeded Jean Chrétien as leader of the Liberal Party and became prime minister on December 12, 2003. After the 2004 election, his Liberal Party retained power, though it was reduced to a minority government. Forced by a confidence vote, the 2006 general election produced a minority government for the opposition Conservative Party, making Stephen Harper prime minister. Martin stepped down as parliamentary leader after the election, handing the reins to Bill Graham for the interim. Martin stayed on as party leader until he resigned on March 18, being eventually succeeded by Stephane Dion. Martin served as the Member of Parliament for the riding of LaSalle—Émard in Montreal from his election in the 1988 election to his retirement in 2008. He served as Minister of Finance from 1993 to 2002. He oversaw many changes in the financial structure of the Canadian government, and his policies had a direct effect on eliminating the country's chronic fiscal deficit by reforming various programs including social services.