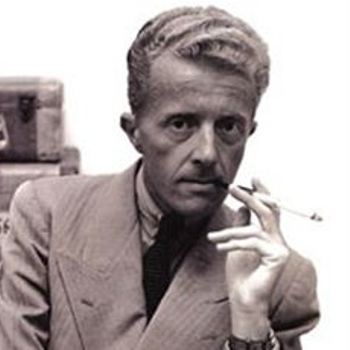 Paul Bowles was born in Jamaica, Queens, New York City as the only child of Rena and Claude Dietz Bowles, a dentist. His childhood was materially comfortable, but Bowles senior was a cold and domineering parent, opposed to any form of play or entertainment, feared by both his son and wife. According to family legend, he had tried to kill his newborn son by leaving him exposed on a window-ledge during a snowstorm; the story may not be true, but Bowles believed it was, and it encapsulates his relationship with his father. Such warmth as there was in his life as a child came from his mother, who read Nathaniel Hawthorne and Edgar Allan Poe to him – it was to the latter that he later attributed his own desire to write stories such as "The Delicate Prey", "A Distant Episode", and "Pages from Cold Point" Bowles could read by the time he was three and within the year was writing stories. Soon, he wrote surrealistic poetry and music. In 1922, at age eleven, he bought his first book of poetry, Arthur Waley's A Hundred and Seventy Chinese Poems, and at age seventeen one of his poems, "Spire Song", was accepted for publication in the twelfth volume of Transition, a literary journal based in Paris that served as a forum for some of the greatest proponents of modernism — Djuna Barnes, James Joyce, Paul Éluard, Gertrude Stein and others. His interest in music also dated from his childhood, when his father bought a phonograph and classical records. His family bought a piano and the young Bowles studied musical theory, singing, and piano. When he was 15 a performance of Stravinsky's The Firebird at Carnegie Hall made a profound impression: "Hearing The Firebird made me determined to continue improvising on the piano when my father was out of the house, and to notate my own music with an increasing degree of knowing that I had happened upon a new and exciting mode of expression." Bowles entered the University of Virginia in 1928, where his interests included T. S. Eliot's The Waste Land, Prokofiev, Duke Ellington, Gregorian chants, and the blues. He also heard music by George Antheil and Henry Cowell. In April 1929 he dropped out without informing his parents and sailed with a one-way ticket for Paris and no intention of ever returning – not, he said later, running away, but "running toward something, although I didn't know what at the time." Nevertheless, by July he returned to New York and took a job at Duttons Bookshop in Manhattan, where he began work on an unfinished book of fiction, Without Stopping. At the insistence of his parents he returned to the University of Virginia, but left after one semester to go back to Paris with Aaron Copland, with whom he had been studying composition in New York. It was during the autumn of 1930 in Paris that Bowles began work on his own first musical composition, the "Sonata for Oboe and Clarinet", which he finished the following year and which premiered in New York at the Aeolian Hall on Wigmore St, 16 December 1931, the whole concert was "panned" by New York critics.