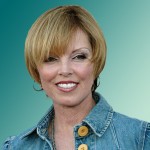 Patricia Mae Andrzejewski was born in Greenpoint, Brooklyn, New York City. Her mother, Mildred, was a beautician, and her father, Andrew Andrzejewski, was a sheet-metal worker. Her father was of Polish descent and her mother was of English, Irish, and German ancestry. Her family moved to North Hamilton Avenue in Lindenhurst, New York, a village in the Long Island township of Babylon. She is a mezzo-soprano. She has had considerable commercial success, particularly in the United States. During the 1980s, Benatar had two RIAA-certified Multi-Platinum albums, five RIAA-certified Platinum albums, three RIAA-certified Gold albums and 14 Top 40 singles, including the Top 10 hits