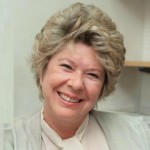 Marilyn French was born in Brooklyn to E. Charles Edwards, an engineer and Isabel Hazz Edwards who worked as a department store clerk. She received a bachelor's degree from Hofstra University (then Hofstra College) in 1951, on Long Island and studied philosophy and English literature. She also received a master's degree in English in 1964 from Hofstra. She married Robert M. French Jr. in 1950; the couple divorced in 1967. She later attended Harvard University, earning a Ph.D in 1972.  She was an English instructor at Hofstra from 1964 to 1968 and was an assistant professor of English at the College of the Holy Cross in Worcester, Mass., from 1972 to 1976.

In her work, French asserted that women's oppression is an intrinsic part of the male-dominated global culture. For instance one of her first non-fiction works, Beyond Power: On Women, Men and Morals (1985), is a historical examination of the effects of patriarchy on the world.

French's 1977 novel, The Women's Room, follows the lives of Mira and her friends in 1950s and 1960s America, including Val, a militant radical feminist. The novel portrays the details of the lives of women at this time and also the feminist movement of this era in the United States. At one point in the book the character Val says "all men are rapists". This quote has often been incorrectly attributed to Marilyn French herself. French's first book was a thesis on James Joyce.

French was diagnosed with esophageal cancer in 1992. This experience was the basis for her book A Season in Hell: A Memoir (1998). She survived cancer and later died from heart failure at age 79 on May 2, 2009, in Manhattan, New York City.