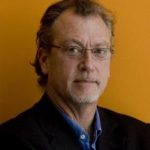 Jon Lee Anderson is an American biographer, author, investigative reporter, war correspondent and is presently a staff writer for The New Yorker. He began his career in the early 1980s, reporting on Central America’s civil wars for TIME magazine and other journals. As a New Yorker staff writer since 1998, he has covered numerous international conflicts, including those in Syria, Ukraine, Libya, Iraq, Afghanistan, Lebanon, Somalia, Sudan, Angola, Mali, Liberia, and Central African Republic. Before becoming a staff writer for the New Yorker, he wrote for The New York Times. His work has also appeared in Harper’s, El Pais, Internazionale, The Financial Times, Guardian, The Sunday Times, TIME, and The Nation. He is also a celebrated biographer, essayist and the author of books on contemporary conflict, military campaigns and political leadership. He has profiled political leaders such as Hugo Chavez, Fidel Castro, Che Guevara, and Augusto Pinochet. He has written several books include: Guerrillas: journeys in the insurgent world, Che Guevara (biography), The Lion's Grave, Taliban (with Thomas Dworzak), and The Fall of Baghdad. He has won a number of awards, most recently Columbia University’s 2013 Maria Moors Cabot award.