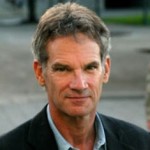 Jon Krakauer was born in Brookline, Massachusetts, USA. He is an American magazine journalist, bestselling nonfiction author and mountaineer. He was a member of an ill-fated expedition to summit Mount Everest in 1996, one of the deadliest disasters in the history of climbing Everest. He earned a BA degree in Environmental Studies from Hampshire College, Amherst, Massachusetts in 1976. In 1977, he met former climber Linda Mariam Moore, and they married in 1980. In addition to his work on mountain climbing, the topics he covered as a freelance writer varied greatly; his writing has also appeared in Architectural Digest, National Geographic Magazine, Rolling Stone, and Smithsonian. He has written several books include: Eiger Dreams, Into the Wild, Into Thin Air, Under the Banner of Heaven, Where Men Win Glory, Three Cups of Deceit, and Missoula.