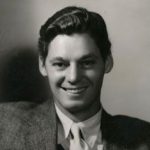 Johnny Weissmuller was born in Timisoara, Romania. He was an American competition swimmer and actor, best known for playing Tarzan in films of the 1930s and 1940s and for having one of the best competitive swimming records of the 20th century. He was one of the world's fastest swimmers in the 1920s, winning five Olympic gold medals for swimming and one bronze medal for water polo. He won fifty-two U.S. national championships, set more than 50 world records, and was purportedly undefeated in official competition for the entirety of his competitive career. His role in several films include: Tarzan the Ape Man, Tarzan and His Mate, Tarzan Escapes, Tarzan's Secret Treasure, Tarzan Triumphs, Tarzan's Desert Mystery, Tarzan and the Amazons, Swamp Fire, Tarzan and the Huntress, Jungle Jim, The Lost Tribe, Voodoo Tiger, Cannibal Attack, and Jungle Moon Men.