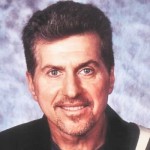 Johnny Rivers was born in New York City, New York, USA. He is an American rock 'n' roll singer, songwriter, guitarist and record producer. Rivers charted during the 1960s and 1970s but remains best known for a string of hit singles between 1964 and 1968, among them "Memphis", "Mountain of Love", "The Seventh Son", "Secret Agent Man", "Poor Side of Town", "Baby I Need Your Lovin'", and "Summer Rain". His albums list shown below: Here We à Go Go Again!, In Action, Changes, Golden Hits, Rewind, Realization, Home Grown, L.A. Reggae, Last Boogie in Paris, Borrowed Time, Your First and Last Love, That's Rock ‚N' Roll, and You're the One.