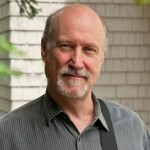 John Scofield was born in Dayton, Ohio, USA. He is an American jazz-rock guitarist and composer whose playing spans bebop, jazz fusion, funk, blues, soul, and rock. Educated at the Berklee College of Music, he eventually left school to record with Chet Baker and Gerry Mulligan. He received an Honorary Doctorate of Music from Berklee in 1997. In 1976 he signed with Enja Records and released his first album, John Scofield in 1977. He recorded with pianist Hal Galper, first on his own solo album Rough House in 1978. His other albums list shown below: Bar Talk, Electric Outlet, Blue Matter, Time on My Hands, Groove Elation, A Go Go, Works for Me, Piety Street, A Moment's Peace, Past Present, and Country for Old Men.